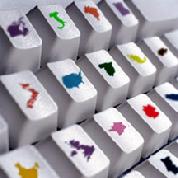 Seyun currently resides in Lloyd Harbor, New York. He has established himself in New York as a translator/interpreter; as well as an accomplished lawyer. He currently practices law while translating and interpreting.