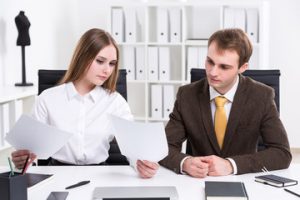 DuPont v. Kolon Industries is an intellectual property dispute centering on the allegation that Kolon Industries (of 코오롱그룹), a South Korea-based company, stole trade secrets concerning the production and marketing of Kevlar from DuPont, an American chemical company. Kevlar is a high strength synthetic fiber used in applications as diverse as bicycle tires and body armor. On September 14, 2011, a jury found in favour of DuPont and awarded damages of $919.9 million.  Koreaninterpreters.net provided over 1-million words of translation for the case.

Korea Trade Commission under the Ministry of Knowledge Economy ruled on April 25, 2012 that LG Innotek is not guilty in the LED package patent infringement case filed by Osram in July 2011.  Osram had requested a ban on manufacturing and exporting of LG Innotek’s LED packages, claiming that the products violated its patents.  Koreaninterpreters.net translated a large volume of Korean documents into English.

koreaninterpreters.net translated Korean patents into English for the lawsuit.

Other examples of Korean patent into English translation projects performed by koreaninterpreters.net :